With Charlie’s HR Advice, you get on-demand support from a qualified HR advisor to help you build your company’s HR processes and policies.

By using Charlie, Fiit were able to scale their business from 14 to 62 people in three years, building a high performing and engaged team.

Fiit was founded in 2017 by three friends with a vision to make exercise a habit for everyone.

With access to more than 650 classes by 30 of the best trainers in the UK, users can track calories, heart rate and more via the Fiit wearable device and connect to a growing community of fitness enthusiasts.

When you’re starting a business, it’s hard to know how to build and scale a team to support fast and steady growth.

“When we first launched, back in 2017, we were trying to figure out what to focus on from a People perspective,” says Ben Wharfe, Chief People Officer at Fiit.

One of the biggest challenges for small business founders is that they need to grow their team, fast — but they don’t have all the people frameworks set up to build and develop a team, as they would in a large and established company.

“In a startup, there's always this constant challenge of having to run your People operations  at the same time as building them from the ground up. You have to bring people into the business, get them operational and performing well, get them enjoying coming to work and what they're doing — all this while also figuring out what order to build things in.”

That’s where Charlie came in to support Fiit growing their team:

“We were building our processes and culture from scratch while also growing our team. CharlieHR really facilitated managing this complex process — it transformed it into something quite simple.”

Read on to find out how Charlie helped Fiit set up their people processes, codify their culture and grow their team.

Want to grow and support your team, while also complying with the law? Have our qualified HR advisors create the policies you need.

With Charlie’s HR Advice, Ben got access to a personal HR advisor to help him set up all of the policies and frameworks they required to be compliant:

“Being able to understand what policies you need in place to be legally compliant was vital. Getting those policies off the shelf, revised and reviewed by Charlie, enabled us to free up our headspace and our thinking time to focus on the things that were more strategically important to us — such as our team’s growth and development.”

All the time Ben saved thanks to HR Advice was time he invested in making Fiit a great place to work. It was like having an extra member of the team — someone he could trust, and with a breadth of HR experience:

“Being able to take something from a partner that you can trust, and knowing that it’s going to be correct and you’re going to follow the right processes, that’s really important.” 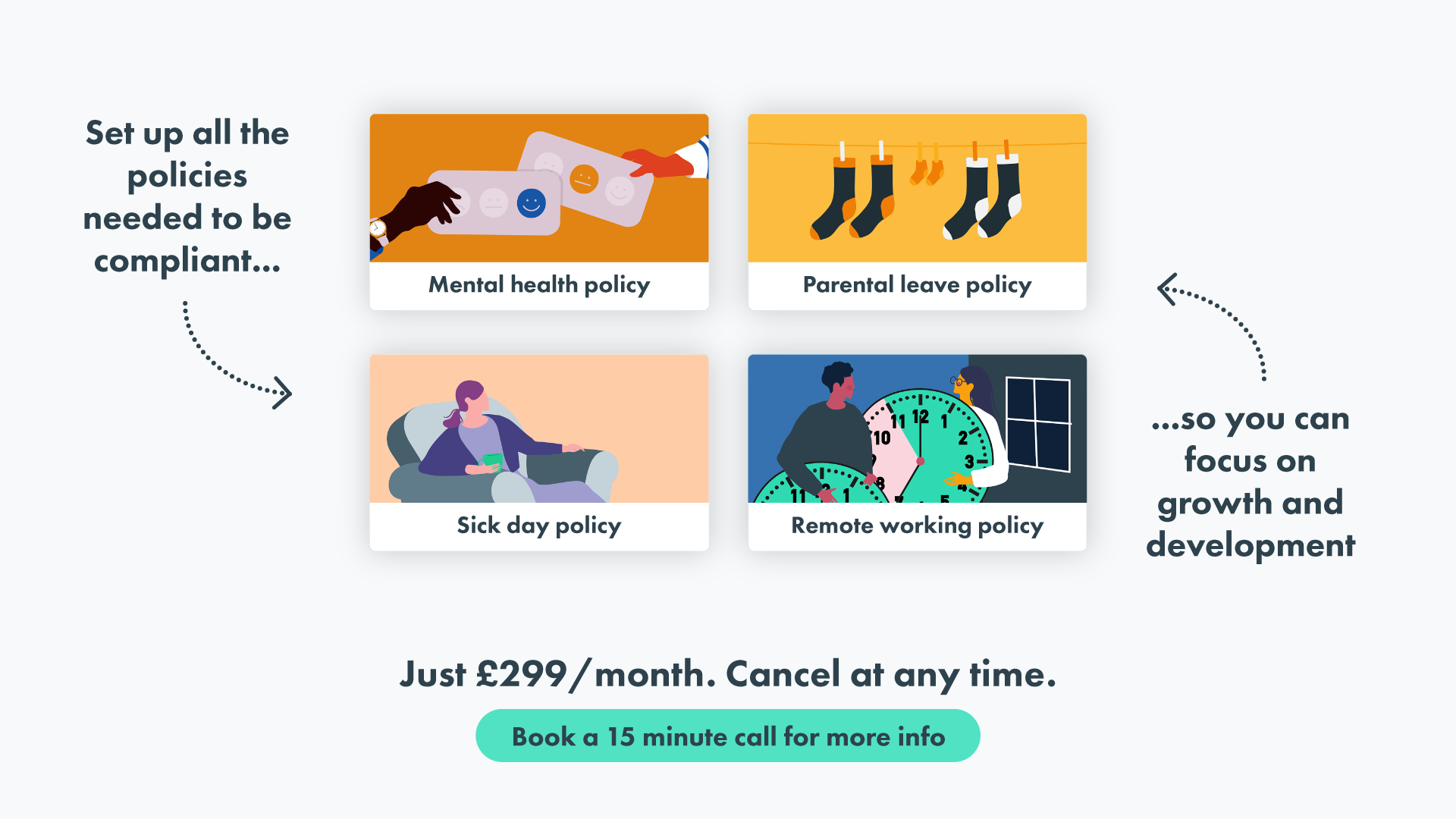 Too small to have an HR team? Get expert HR advice, whenever you need it

If you don’t have an HR background and your business is too small to have an HR team — that’s when you run the risk of making the wrong decisions.

Being able to rely on Charlie’s HR advisors gave Ben the peace of mind of always knowing what to do — both from a human and a legal point of view:

“When we found ourselves in difficult situations, we were able to reach out to the HR Advice team to understand what we needed to do to treat people fairly, and also to be compliant with rules and regulations. We felt reassured we were doing the right thing, the right way.”

Because of their size, Fiit is not planning on having a large HR team anytime soon. Ben explains:

“With HR Advice, it’s like having an extra member on your team. You have that kind of expertise you can lean on and tap into whenever you need it, without needing to hire someone in the business.”

“CharlieHR has got that kind of startup way of thinking. And we would much rather partner with people that have a similar mindset and values, than going with partners that don't understand what it is like to be in that energetic startup world. We like to have deep partnerships with people who see the world the same way that we do.”

The team at Fiit are constantly focused on improving their product, on having a positive impact on their customers. In a similar way, Charlie is pushing the boundaries of what making work better for small companies means:

“I think Charlie is really starting to push the envelope, they listen to our feedback and release new features all the time. It’s very important for us to share that vision.” 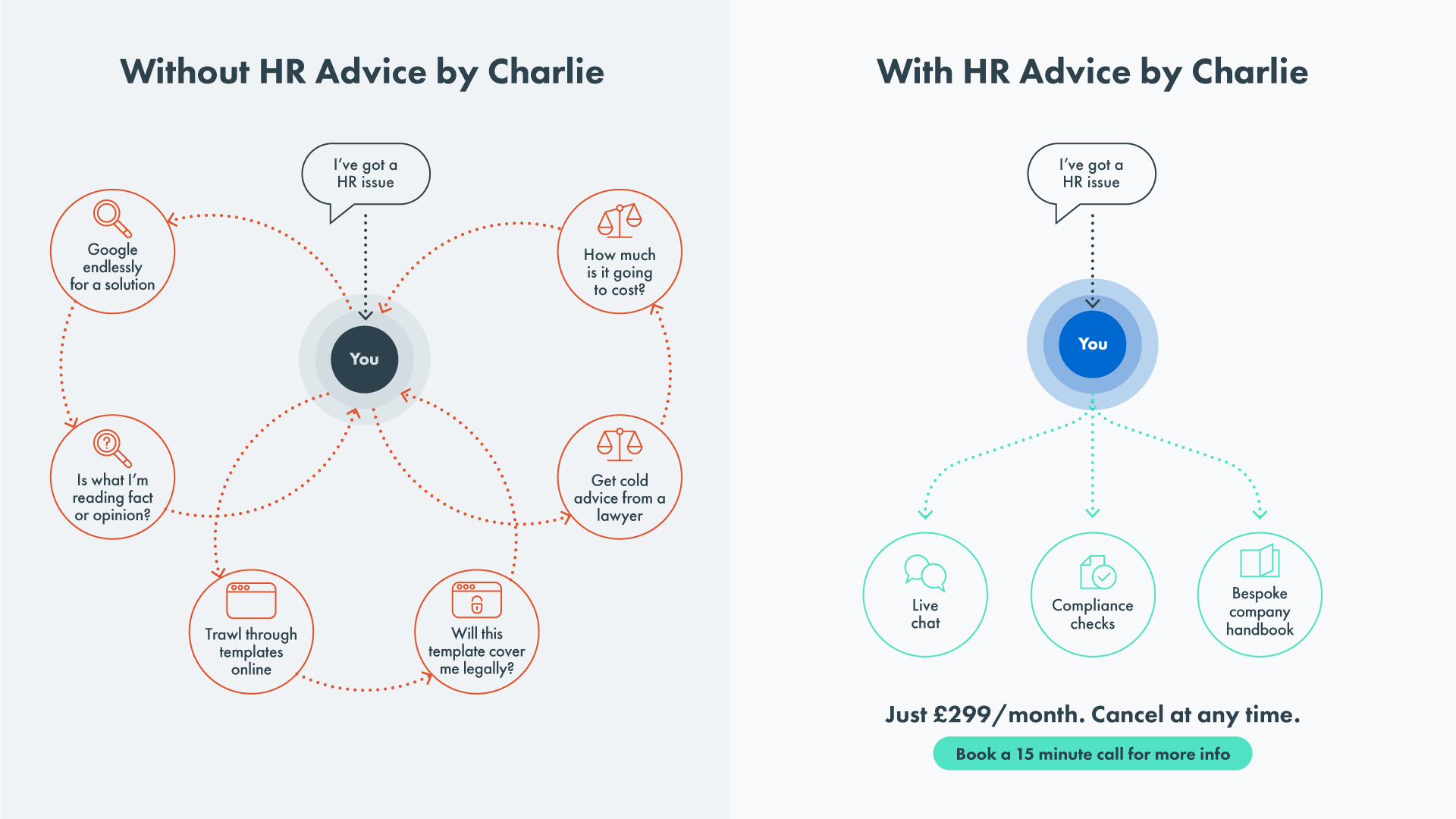